April was a bit meh – neither good nor bad. Apart from the whole volcano fiasco, it didn’t seem like much happened at all. I did go to Yo Sushi! twice with Claire, ate stovies with a visiting Stu and it was mostly warm and sunny so I suppose we can push it into good.

Sad fact of the above drawing – I have literally piles of amazing and awesome hairslides I’ve bought or been gifted but the only ones that will stay in my hair are the plain boring ones. It’s really not fair!

Moonraker by Ian Fleming
Been working my way through the Unread pile of books (most of which were too unremarkable to comment on here). This though, I thoroughly enjoyed, much to my surprise. I’ve never seen the film of Moonraker but this book seemed a lot more exciting than your average Bond film. Maybe I have only seen the mediocre ones. Mind you, I always like the book better than the film. Would like to read more of these now, but there aren’t any on Bookmooch, bah.

Slow Boats Home by Gavin Young
As in the sequel to last month’s book. Although not a literal sequel as I had imagined from the title – he actually flew home, wrote the first book and then flew back to China in order to get another set of boats home again. This time, he obviously goes the other direction, through the South Seas and past South America. His big aim was to sail past Cape Horn at the tip of South America but unbelievably manages to time his arrival just as the Falklands war breaks out and the area is blocked to ships. He does make it there though. I think I liked this book much better – there were loads of little islands all with their own histories and people and there’s also a shipwreck, though it’s not very perilous or exciting. Anyway, I really recommend both of these – they’re both cheap as chips on Amazon too.

Kamikaze Girls
I like it when Lovefilm sends me something I’d forgotten I added that turns out to be really great. Kamikaze Girls is a Japanese film about an unlikely friendship between a frilly dress wearing Lolita girl who wants to live in the Rococo era and a rebel girl in a motorcycle girl gang. It’s all very cartoonish in the best manga style and the plot makes little sense but for all that it’s tremendous fun. Plus the scene where they go shopping in Daikanyama in Tokyo will make you want to get on a plane right now.

The Prisoner
Good God, what were they thinking? I’m talking about the remake of course. The original 1960s Prisoner is my favourite TV show ever and despite my love, I was totally open to the idea of a remake, in a different location. However, I think they failed slightly by making that location basically AMERICA and changing all the charmingly odd and creepy aspects of The Village into a kind of bland future dystopia. Oh and also for making it really boring. Well done! Was there really any way a desert wasn’t going to look boring, especially when compared to Portmeirion? I’m quite willing to admit many of the original stories are often baffling and fairly insane but they could easily have found 5 good ones to update without having to change 95% of it. I shall probably torture my way through a couple more episodes but so far I’m very disappointed. The main high point for me was that after 50 minutes of thinking ‘WHAT? Have you really replaced Rover the ominous white balloon with some Alsatian dogs?’ a proper mega-sized Rover appeared. However, that was soon punctured (hah) by it being coupled with an embarrassing mangling of the famous ‘I am not a number, I am a free man’ beach running scene. Aaarrrgh. Still, I’m going to Portmeirion for the first time in July, thanks to Katy – hurray!

Tamagotchi Corner Shop 3
The third instalment of my most favourite stupid game ever. You really need to buy my Oddments zine which has a diary I kept of playing the first two. In a nutshell, you run a bunch of ever more insane ‘shops’ where you earn both money and the goodwill of your Tamagotchi customers. There is way too much hilarity to go into here (I am keeping notes for future publication) but suffice to say I’ve been making ice cream, looking after babies, making terrible cards to order and teaching armless Tamagotchis to play the piano. Good times.

Free Wifi Tokyo (Free!)
Go on, take a guess. I may not be going to Japan until October but it’s as well to be prepared, right? This great app has maps of all the free wifi spots in Tokyo so I’ll be able to grab some free internets in order to post on Twitter saying LOOK AT ME, I’M IN JAPAN. Obviously, it all runs offline so it’s perfect for travellers wanting to avoid huge data roaming charges. Even better, the maps are excellent and organised by area and station so it’s going to be as much use for that as for wifi. Is it October yet?

– Japan trip is pretty much organised! Just need to actually book it.
– I’m booked in to visit Pulse next month to check out the whole trade fair thing

– Vending Spree – One of my favourite TMN writers is reviewing everything in his work vending machine. Amazing
–  Your Old Crap Website – making fun of 90s web design

Things to look forward to in May

– Craft fair in the Botanic Gardens at Dunoon. If it’s a nice day I will be very very happy, regardless of whether I sell anything.
– Um… I have a couple of fun things in the post?

Very very slow. Really perked up the last few days though so hopefully May should be better. 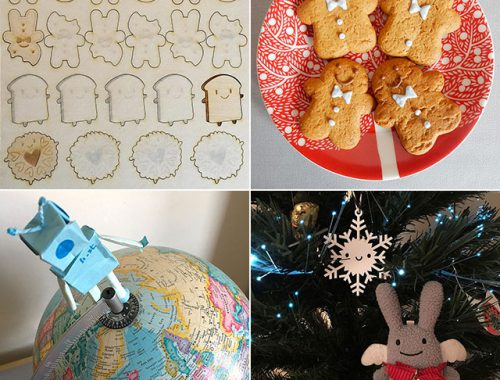 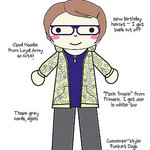