January found me rather ill with a succession of winter colds but I battled on and by the middle of the month, I had lots of cute new Jammie Dodger products ready for Valentine’s Day. I discovered I’d racked up a lot of commission on Zazzle so I started designing my dream shoes and I was still in love with my iPhone so posted up a guide to my favourite apps. I even found some time to play around with my gocco for the first time in ages, making green book hearts and badges, as well as some cute packaging. At the end of the month, I did the first of what was only a handful of craft fairs this year – one of the biggest changes for my business this year. February kept me busy from beginning to end, with Valentine’s Day sales, loads of new products and a lot of restock printing that took over my bedroom. I posted up the first of my monthly update posts complete with What I Wore illustration, and have been enjoying doing them all year. I also joined Formspring and have loved answering your questions – please ask more! My biggest achievement was finishing two new zines – Oddments #1 and a travelogue of my trip to Thailand. My birthday month brought lots of excitement, including my vintage button custom Keds and a whole stack of new fabric designs from Spoonflower. I was also finally allowed to spill the beans about my secret project – designing rainboots for Plueys! I started selling on All Things Original, and added a new badge set full of Summer Fun. I wrote up a little tutorial on colour matching for Spoonflower printing and lots of people have since bought my colour swatch. And then I celebrated my birthday by getting my hair cut short after growing it out for a year. April started with a fabric giveaway, where I had to answer all kinds of weird and wonderful questions – look out for another fun fabric giveaway very soon. The world was full of travel woes, due to a certain Icelandic volcano – I drew a kawaii volcano to cheer everyone up and he was so popular, I had to print up cards which are still selling well. April was  full of new products – the most exciting was the arrival of my gift wrap, but I also introduced book heart kits and added loads of designs to my Zazzle store. I also designed some fun networking cards, which got great reactions wherever I handed them out. May’s most exciting event was a road trip to Dunoon with Katy and Claire for a craft fair at the botanic gardens. We hardly sold anything but the lovely views and, most importantly, the cakes and preserves stall more than made up for it. I still dream about the tomato and pear chutney. It was also a month of new cards, with the Ice Cream Bears, Tiny Thank You Cards and Volcano cards all being added to the shop, along with the PDF version of my Tokyo zine. That inspired me to dig out my boxes of zines and start writing about them, which I plan to continue next year. And I even found the time to design a bunch of free iPhone and desktop wallpapers. June began with a trip to London, where I visited the Pulse trade show – it was very inspiring and something I hope to do myself eventually. My mum arrived for a little holiday, bringing with her my brand new IKEA fold-up bike! Thus began a summer of biking fun with regular jaunts to the park and Royal Mail delivery office. Bees and tulips were all around with new mugs and the Busy Bee Organisers making the debut, and wholesale orders kept me busy, with 3 new stockists. I also did two fun craft fairs – a back garden event with the most amazing weather and a little trunk show in the Hidden Lane. July was pretty quiet, but full of fun. I started off the month with an eye infection and a short and nostalgia-filled trip to Manchester. I followed that with a jaunt to Edinburgh to sell my wares at Made in the Shade. I also got to test out some fun printing paper and added a few new products to the shop inspired by customer requests, including the now very popular letter sets. But other than that, I just enjoyed being able to get out on my bike, whenever I wanted. Hurray for self-employment! August used to be a quiet month for me but not this year! I started off with two new badge sets, and then started writing a mini-zine about zinemaking for a Zine Workshop I organised with hellojenuine. The workshop was a great success and lots of people made amazing little zines on the day. Things moved up a gear in my business as I started ordering products in bulk – it was a scary and expensive step but definitely the right way to go. I added some improvements to my shop and then promptly went on holiday Up North to see my parents and paddle in the sea. While I was away I got news from Plueys that my Sew Cute rainboots were about to go on sale so it was great to arrive back and finally be able to show off the photos. At the end of the month, I made one of my most amazing purchases of 2010 – prescription goggles! Might not sound much to you, but it meant I could finally start going swimming on my own for the first time in about 25 years without the possibility of blindly walking into a wall. September had me working on birthday calendars, which turned out to be a far bigger job than I expected. After a few disasters, I eventually got them looking perfect, and used the dud ones for some unexpectedly popular scrap packs. And that’s how you get to call yourself an entrepreneur! I was also pleased to be invited to design a slide for DaWanda’s Creating Love project, which ended up as part of their beautiful little creative film. A too-good-to-miss offer at Ponoko had me hurriedly designing some wooden Bread Slice brooches, which turned out adorably, and I also started designing new products for Halloween and Christmas. And the weather was amazing, so I spent a lot of time out on my bike and at the swimming pool, yay! October started out in a very exciting way, with the arrival of my Sew Cute rainboots, almost exactly 12 months after I took on the project. My two new shoe designs from Zazzle also arrived, giving me an unexpectedly large selection of own-designed footwear! October was also one of my busiest months, as I was preparing to go to Japan, buying some great Japan zines along the way. I took on lots of cute web design jobs to fill my purse with spending money and finally signed up for Fetch so I could fulfil PDF zine orders, even while internet-less on the other side of the planet. I gave away my zinemaking zine free as a trial and was delighted to see so many people downloading it – hopefully 2011 will see lots of new zines! Halloween was also a big theme, and I had a great time designing a Spooky Wooky window display for the Hannah Zakari shop in Edinburgh.

The beginning of November was spent in Japan, having a fantastic time remembering why I love this country so much. There is nowhere else with such an amazing mix of  traditional beauty and insane cuteness. I showed you all my cute purchases but I still have so much to blog about, and the first Japan posts will be going up very soon! My return to freezing Glasgow was a bit of a shock, and getting back into the swing of things was pretty hard but I soon got back to work and designed up new phone charms, tiny Cakeify cards, 2011 calendar magnets and wrapping paper, plus I did my one and only craft fair of the season, a huge change from 2009. I also redesigned my shop a bit, which cheered me up immensely. I finished off the year in sub-zero conditions, with both snow and shop orders aplenty, which gave me many opportunities to stomp on over to the post office in my rainboots. On the downside, I had to endure almost two weeks without a fully functioning water supply. Somehow I still found time to make cute New Year cards! I finished off the year by having a nice rest, getting a start on my exciting new projects and having fun with my new graphics tablet. Roll on 2011! 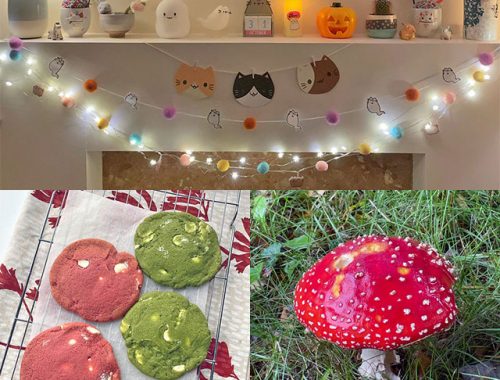 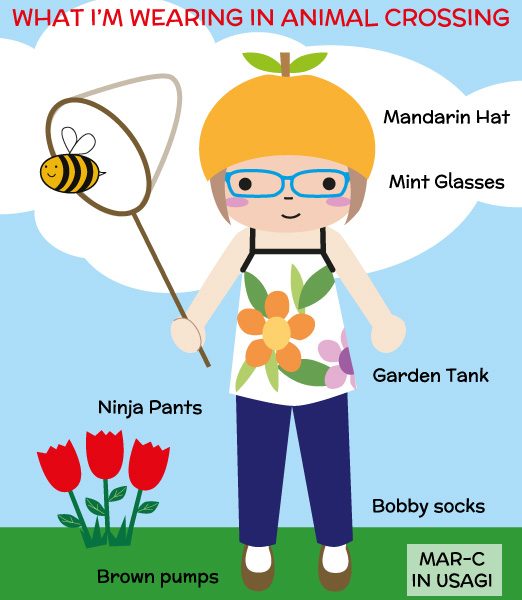 What I Wore: Animal Crossing Edition 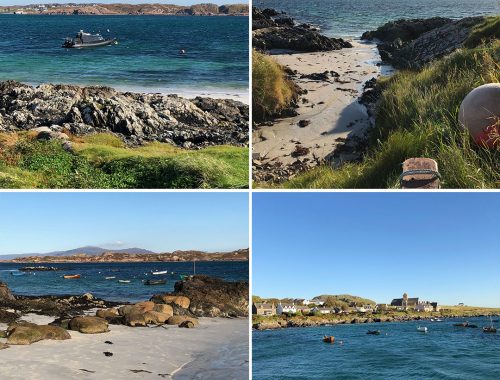