If I’d known I was going to slice up my hand, I would have kept my what I wore to the wedding drawing for this post. Instead, you’ll have to do with a photo at the Greenwich clock, complete with ineptly brushed hair (these things are hard, one-handed!). March was…interesting.

What I did in March

Cut my stupid hand. Celebrated my 36th (eek!) birthday by buying a Lego space shuttle. Went to London. (Re-)watched a heck of a lot of DVDs. Went to a lovely wedding. Got new windows installed. Re-arranged my room. Was very bored.

The Celestial Cafe by Stuart Murdoch
A book of essays / blog posts / diary entries by the Belle and Sebastian frontman. This kept my mind reasonably busy while waiting at A&E for over an hour with a bleeding hand so credit there. That aside, it is pretty great all round, with a friendly chatty style and an obviously deep love of Glasgow. While nothing enormously thrilling happens (or he at least doesn’t write about those events), it’s still full of lovely stories about everyday life, and makes me wish everyone I know would write about what they get up to. Your life might not seem that interesting to you, but everyone else thinks so! Or so I’m led to believe from peoples’ comments to me about these monthly updates.

Sunshine / Wonders of the Universe
I’ve read many reviews warning of the rubbishness of Sunshine, and yes it was pretty bad. The first 2/3 are great in a classic disaster/space movie style but then it all goes horribly sci-fi/horror/stupid. However, they also got dreamy science popularizer Brian Cox* to do a commentary about all the science behind it and point out all the stupid bits, and he’s so enthusiastic I was pretty won over by the end and disliked it less. I certainly enjoyed Brian Cox better without having to watch him standing on glaciers and striding across deserts pondering the state of the Universe as in his TV series. He is really becoming a parody of himself. All credit to him, he is awesome at explaining complex things, and giddily excited about doing fun experiments that usually involve jet planes, but all the arty shots of him posing about and Thinking Hard are getting ridiculous. Good series but the Universe is way less fun than the Solar System – it’s just too big to comprehend.

The Social Network
Conversely, I’ve heard loads of good things about this and was surprised to find I really enjoyed it, especially since I find it difficult to like actual Facebook. In fact, it kind of made me like Facebook better, which is stupid because a) everyone in this film is pretty unlikeable and b) it’s not real life. But yes, surprisingly great for a film about upper class computer nerds suing each other.

LOST
I finished my rewatch in what, 2 months? As with Alias, the final season was a lot less stupid the second time around, probably because there are no longer any surprises or expectations. The final season is still my least favourite but I no longer really have any problems with it, except that it was a bit dull in parts and some of their answers were lame. I think S4 is my favourite – too short to have many duff episodes and lots of new awesome characters, but S1-3 are pretty much awesome overall. Hurray. Now hoping Fringe manage to finish off a JJ Abrams show not-stupidly. With all the (awesome) crazy this season it could go either way.

British Airways (Free!)
My plane to London was delayed because of fog early in the morning and thus I spent most of my first day in Glasgow Airport instead of London. It was pretty dull, especially as it’s mid-refurb and there are only 2 seats in the airport where you can see the info boards. So hurrah for the iPhone which gave me a BA app to check updates to my flight time while lounging at the back of the airport. It eventually left 3 hours late but the staff were so apologetic they let us have two free snacks instead of one! I can’t imagine I’ll use this very often, but I’m glad it exists.

Not much internetting this month. I’ve mostly been enjoying Bad Astronomy and Serious Eats.

Not bad, considering the whole being off the internet for 2 weeks thing. 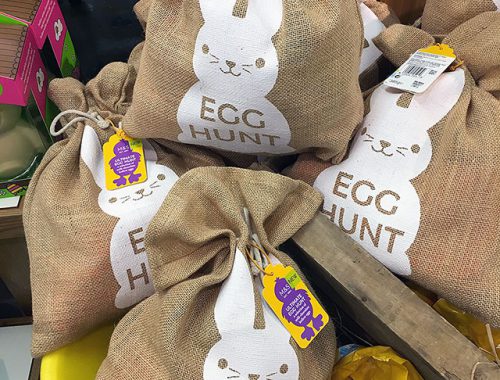