A Dance in the Life of Dragons

Or something. This is my post for Claire’s Day in the Life series, whereby you can read what a load of us got up to on Tuesday 12th July. This is not really a day I would have chosen myself, since a lot of it is working on undiscussable client work, but perhaps it may be interesting to read about anyway. (view from my bed – clothes rail, flowers, bunny, fan, books. That’s actually my laptop screen at the bottom – Hipstamatic is a bit hard to compose. Apologies for the bad quality pics throughout.)

6amish? – Woken up by flatmate banging stuff around in the kitchen. Luckily, I am used to this/so tired that it doesn’t even wake me up fully enough to look at the time.

8:15am – My iPhone starts playing the Gerudo Valley theme from Zelda, which means it’s Tuesday and I have to get up for my p/t job at 5pm. I work from home though so there’s no rush. I let it snooze for a bit (such a great tune!)  then check my email/Twitter on my iPhone. Folksy sales! And a wholesale order from a bookshop in Prague. Awesome.

8:25am – Get up and dressed, make my bed. Even though I could work in my pyjamas if I wanted, I make it a point of honour to get dressed every morning, if not entirely appropriately for most peoples’ workplaces. Go get washed and make breakfast. Put some washing on.

8:50am – At “my desk” (sitting on my bed with laptop – it helps reduce my RSI pains) with (decaf) tea and toast, reading blogs and getting this post started. Get drawn into Shopify forum debate about UK regions – very grateful Shopify always listen to users and they’ve already removed the enforced regions thing added to checkout at the weekend.

9am – Work time! Open up ichat (to talk to my workmates) and work gmail. Already lots to do today.

9:25am – Is that the postman I hear? Yes it was, and all he brought me was a discount flyer from my printers. I HAAAATE HIM. I am currently waiting for FIVE packages, four of which were posted over a week ago and two of which are so exciting I can hardly sleep at night. I fear I will have to traipse over to the depot on Thursday and check they aren’t hoarding them. Gaaah.

1pm – lunchtime!, as I always type in ichat to Jen. Yay!, she generally replies :)
I have to go out after work so I need to Get Stuff Done this lunchtime. But first, I watch a video of Atlantis doing a 360° flip in space. I have a horrible feeling I’m going to cry when Atlantis lands next week. For an 80s space nerd, there will never be anything as iconic as the shuttle.

1:30pm – new blog post published, wholesale order weighed for shipping costs, washing hung up to dry. Lunch cobbled together from leftovers in the fridge. Now to eat with an unread copy of Astronomy Now.

2pm – Having read my fill of upcoming asteroid visits, Mars rover obituaries and tips on finding meteorites, I make a quick cup of (decaf) coffee and get ready to get back to work.

3:30pm – it’s at this time of the year that I am constantly amazed by quite how much grass there apparently is in Bridgeton that needs cutting. Surprising for somewhere that looks like an industrial estate.

5:23pm – that moment when you fingers slip and the spinning rainbow circle appears on Photoshop and you have NO IDEA what you just asked it to do, how long it will take to do it, and whether it will be un-doable.

5:30pm – hometime!, as as I always type in ichat to Jen, unless she gets in first. Yes, I realise the irony that a company called 5pm keeps us working until 5:30pm. I am now going to be a nerd and go into town just to pick up a copy of A Dance With Dragons. This is the first time I have ever bought a book on release date as I despise new hardback books but needs must. I read the previous books in paperback, but that was back in the Dark Ages before Twitter and RSS so I fear spoilers. Hey, at least I didn’t take the day off or go to the special 8am early opening. I’m not that crazy. 6.20pm – After a long walk all the way up the hill to Sauchiehall Street, I arrive at Waterstones. They’ve done a cool window display and everything. I pick up a book and good lord it weighs a ton. I can’t resist a peek at the Paperchase franchise and oh dear they have the cutest new bunny range! I manage to only buy some sticky notes. Pop into M&S for a few things and then walk down to the bus stop. Things spotted – an American Candy store with the actual slogan ” it’s fabulicious!”; a man walking away from Sainsbury’s holding a tub of Flora in front of his face and studying it intently. Also the sun comes out!

6:45pm – amazingly, a bus arrives almost immediately and I’m home by 7pm. I was going to make Japanese curry but I’m too tired and hungry now so instead I do a semi-lazy dinner of combining a readymade tapas thing of chicken and chickpeas with some fresh tomatoes and gnocchi for dinner and then eat it while watching an old episode of Futurama.

8pm – Yay, an Etsy sale! I have also just discovered Losteros – screenshots from Game of Thrones with LOST quotes. People on the internet are pretty awesome.

9pm – despite what you might think, I have not even cracked open ADWD yet. Still too much work to do – SCK ad work, helping Le Bun get this week’s post scheduled, answering emails, making plans for pushpin artist bookmark #2 (very exciting). It really never stops.

9:45pm – attention span waning. You can tell when I have more than 6 emails from Claire in my inbox where we are batting around random (brilliant) ideas. I may give in for the night soon.

11:30pm – In bed and I finally started on ADWD. I’m already following the same pattern as previous books – I read until the next chapter POV is someone I don’t know or like. It works pretty well. Best get some sleep – goodnight! PS. A happy ending! All my parcels turned up today! Well, that’s ‘turned up’ as in they made me go fetch them from the depot. Will show you soon. 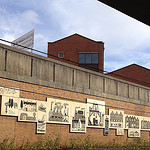 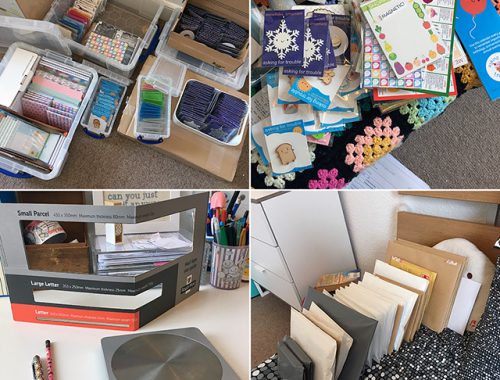 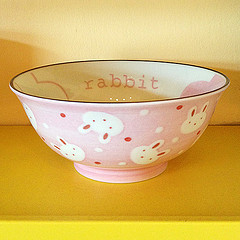