August was a bit rubbish, weather-wise – it’s been more like October. While I like Autumn a lot, I don’t feel like I’ve had enough Summer yet, or nearly enough ice lollies. The theme this month has been layers – I seem to spend a lot of time taking off jumpers and putting them back on again, and opening and closing the window.

What I did in August

Got my hair cut short again. Went to Rothesay. Did a lot of freelance work. Filled out the most complicated form of my life. Went to the cinema, twice. Watched a lot of TV. Commissioned some awesome Pusheen bookmarks. Was a runner-up in the Moo sticker contest. Went to Edinburgh twice.

A colour-in calendar of Bute, some cute deco tape from Hannah Zakari, some zines that haven’t arrived yet, 6 NANA manga books, a set of pretty screenprinted Japanese postcards. I think I was too busy to spend!

I wrote about a lot of stuff I watched in my Day in the Life post so this is a bit short!

Arrietty
I liked this a lot. Being a Ghibli film, rather than a Miyazaki, I was wondering if it would be up there with The Cat Returns or on the dodgy side with Earthsea and it was definitely one of the good ones. Lots of great little details and the whole miniaturisation theme could hardly be anything other than fun. The story held together pretty well too, though the ending was a bit abrupt. I’d rather they’d given it more resolution or combined the stories, rather than setting up a sequel.

NANA 16-18
I’ve been falling behind with NANA and I keep forgetting what’s happened so I’m making the effort to catch up. After all the doom and gloom of the last few books, things are actually quite fun again now, though it’s pretty clear lots of big stuff is about to happen. Also, bonus origin stories at the end = awesome.

Pokemon SoulSilver
I started playing Pokemon right at the beginning with Red and Blue for the original Gameboy, but fell off the wagon after Sapphire. SoulSilver/HeartGold are reworkings of the original Gold/Silver so it’s a good way to get back into the game – everything is familiar but there’s lots of new stuff too and your lead Pokemon follows you around which is adorable (and sometimes hilarious, if it’s a giant crocodile dinosaur, or a ghost). If you’ve never played Pokemon, it’s a bit like an RPG crossed with rock, paper, scissors. You catch wild Pokemon and fight other Pokemon and trainers to level them up  and they learn new moves. It’s mostly strategy so water beats fire, fire beats grass, electric beats flying etc. etc. And then you travel through various towns challenging the Pokemon gym leaders and fighting off the pesky Team Rocket. I like that there’s only a loose storyline and it’s the perfect mix of puzzle and cute. I cannot deny I choose my Pokemon team for their cuteness as well as their battle skills; at some point I need to load up all my old Pokemon games and see how much crossover there is in my Pokemon choices! It also comes with a Pokeball shaped pedometer, which is making walking more fun.

Boo hoo, they won’t give me a free phone yet and I can’t justify paying for an upgrade. Hurry up with that iPhone 5 so the prices drop!

Weird month, August. I sold loads in actual shops and wholesale (and Pusheen bookmarks by the lorryload) and then 5 measly sales in my own shop!

Posted on September 3, 2011 by Marceline 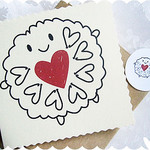 End of the month update – January 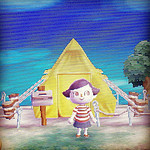 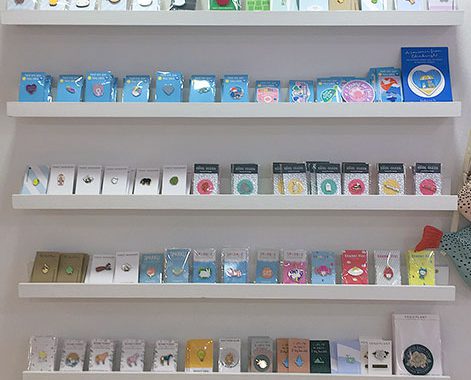