One thing that’s kept my busy and entertained during lockdown is Animal Crossing New Horizons! I’m a huge Animal Crossing fan, having played it right from the Gamecube days, and only giving up New Leaf after 3 years of daily play.

While I’ve been sharing screenshots through Twitter, typing on the Switch is tedious so I’m going to do a blog post now and again to share more about my island, which I’ve called Neptune. This one is for the first 6 weeks, from arrival to completing Project K.K.

If you’ve never played Animal Crossing, basically you move to a community of animal villagers and spend your time making it a better place and having fun. There’s barely any set tasks so you can go at your own pace and focus on whatever you enjoy most. New Horizons is a bit different as you get a whole island and it’s completely deserted leaving you to build a bustling community and encourage more animals to move there – and create a cute town flag.

Above is when I’d upgraded my tent to a little house! The first few days were quite strange as there’s not much to do and you can only access part of your island until you unlock tools to cross the rivers and climb the cliffs. Although once you see the whole island, it felt impossibly huge for a while but it didn’t take too long to get familiar with it and add new buildings, residents and features.

This is my first batch of villagers at the opening of the campsite, which has been a big letdown. So few campers! Villagers seem to stick around a lot longer than previous games too – out of the 5 above, only 1 has left, even though I’d be fine with most of them going. Not Wade the penguin though, he’s my bestie. I really enjoy going out looking for new villagers on the mystery tours, and also had someone move in from my sister’s island, plus I had an old Amiibo card to invite Carmen the bunny.

I didn’t play a lot until Nicolette got her Switch and then we were able to visit each other’s islands. You do really need some friends/family to play and trade with, as everyone gets different things. I’ve just paid for an online account to meet up with internet friends too.

These are all from the new museum, which I love so much! It’s so huge and detailed and actually fun to spend time in.

These are the first two rooms in my house, which you can upgrade to eventually have 6 rooms. These have both changed a lot – I need to do a full tour of my house soon.

There’s always plenty going on in Animal Crossing. My birthday was 5 days into the game but it was too soon for anyone to care enough to throw me a party – so disappointing! So the first big event was Bunny Day. I really enjoyed it and all the furniture was really cute. Not sure that it will be much fun to do it again next year though.

I also loved my first meteor shower, especially as it happened on a full moon when the cherry blossoms were falling. I wished on a lot of stars.

And I have to mention tarantulas. I really like spiders in real life but the AC tarantulas are utterly terrifying, sneaking up out of nowhere and biting you so you faint. It took me so long to catch one because I kept panicking but I finally did it. I got a lot better after but still can’t handle a visit to the tarantula/scorpion-infested island on the mystery tours.

After a lot of work, I improved Neptune into an island worthy of a visit from celebrity musician K.K. Slider. I have to admit I’m not a big K.K. fan and would much rather have DJ K.K.

Getting to that point unlocked island construction so you can add paths and change the rivers and cliffs. This was completely overwhelming to begin with but I made a little park to try it out and eventually came to love messing about with my island to make things work better.

And that’s where we’ll leave things for now. Above is what Neptune looked like in mid-May with a 3-star rating (out of 5), a full town of 10 villagers, all the shops, museums etc. and some construction work and paths. I was also able to move my house to a much nicer spot up on the cliffs.

If you want to see more of what’s going on in Neptune, you can follow me on Twitter @marcelineACNH. I’ll be sharing my first custom clothing designs soon featuring a few of my characters!

And don’t forget, Nicolette and I made a free zine about our towns, Welcome to Neptune & Jumbles. 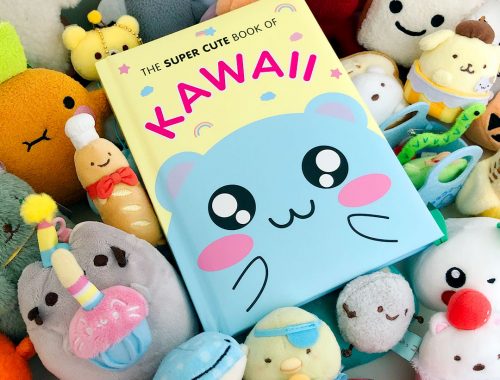 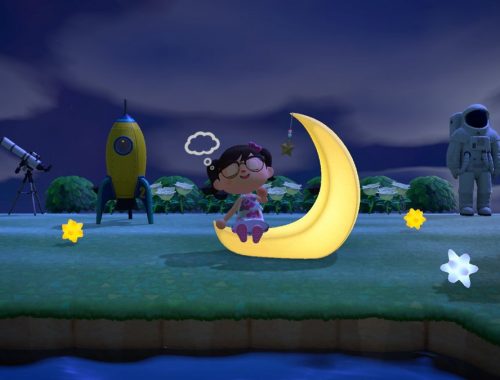 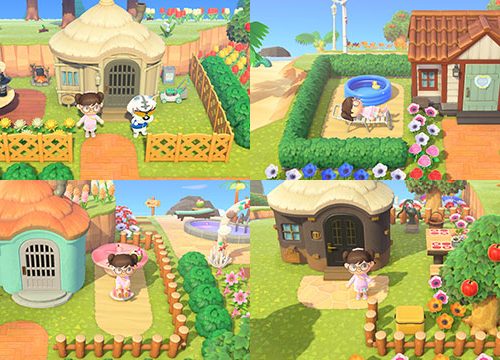