I’m back from my long weekend in London and I had a great time! Well, apart from the journey down, which took NINE HOURS, five of which took us all of 75 miles out of Glasgow. This wasn’t entirely surprising, since the whole Borders area and half of Cumbria had pretty much been turned into a lake but it was still very boring.

our favourite Japanese restuarant Soba turning into a Mexican restaurant seemingly overnight with no change to the decor or staff by the looks of it. Still, Mexican food is good too.

London Transport deciding to ‘do a FirstBus’ in honour of my arrival, with the East London buses on strike, half the tube lines down and buses we wanted taking forever to arrive, in the rain. Thanks for that!

No pie! Despite major efforts, including typing PIE LONDON into my iPhone and then being directed to a shopping centre with no pie, but instead a Waitrose (yay!) and a Japanese restaurant (double yay!). I spent my journey home full of rice and clutching chocolate orange tarts, nom nom.

Anyway, apart from that I did two very important things – go to the Enterprise Nation conference and SHOPPING. I’ll be posting about the conference soon but obviously shopping is the important stuff. Here’s the highlights:

You know, that lovely shop US bloggers are always going on about. They’ve finally opened a store in the UK so we had to go and have a peek. It is indeed beautiful in every way, with the most gorgeous clothes dotted around the floors surrounded by homeware, stationery, toys, accessories and everything else pretty you could ever want. Not to mention unbelievable things like a giant squid tapestry and a 10ft narwhal hanging from the ceiling. I couldn’t have afforded a single thing in the shop but I really wish I could. If you’re passing and fancy getting me a gift, the narwhal would be great, thanks. Or maybe an embroidered fox teatowel. Lots of photos on Print and Pattern. www.anthropologie.com

Where is it? On Regent Street, next to Hamleys

Possibly the cutest shop in London and filled with all our favourite kawaii brands. There’s a good range of products and prices so whatever your budget, you can at least come home with some little notebooks or stickers, even if you can’t afford Hello Kitty ear muffs or a Rilakkuma mug. They also had amazing panda mittens which I hope will be mine this Christmas :)

Where is it? In the Thomas Neal Centre, off Shorts Gardens in Covent Garden. Get a map, or just have a wander around the lovely shops in the area as there are maps all around showing where the cool shops are. There’s also a bigger store in Camden Market which I really want to go to now! www.artbox.co.uk

If there’s one thing the recession can’t seem to touch it’s quality food and Borough Market has been getting a ton of press over the last couple of years as the best food market in London. I’m a big fan of food myself so we went to have a look. If I lived in London, I’d be hard-pressed not to go here every weekend – so many amazing food stalls plus people handing out free samples and loads of hot food ready to buy and eat right there. Not to mention the cakes, oh my. I had a fantastic burger and then we split a huge squidgy brownie. Next time, a meringue the size of my head is called for. The Japan Centre used to be something of a hidden secret, where you could find all your favourite Japanese foodstuffs and a few bits of kawaii too. Then they started importing homeware from Daiso and now it’s expanded across the road so it covers two buildings! The original shop on Piccadilly Circus is mostly homeware, toys and gifts plus lots of books and magazines in both Japanese and English. Across the road on Regent Street the new branch is next door to Mitsukoshi, the Japanese department store and is mostly food (hurray). As well as the supermarket, there’s a bakery selling fresh curry bread and the always-intriguing melon pan and a sushi/bento bar. I got some rice (sheer laziness, but also cheaper than the Glasgow stores), some grape chews, some grape Cheerio (almost as good as Fanta Grape) and of course, a custard pancake which I had for breakfast the next day. Don’t leave without a custard pancake!

Where is it? Homeware branch, just off Piccadilly Circus,, next to the Clydesdale Bank. The food branch is on Regent Street (heading South) next to Mitsukoshi. www.japancentre.com

A shop to be avoided, unless you have strong willpower or lots of cash as pretty much everything is amazing. Lots of quirky gift ideas plus stationery and cool homeware. I didn’t even dare look at the book shop part as I can’t be trusted with books at the best of times.

Where is it? In Covent Garden – see above. www.magmabooks.com

Yay for Mr Panda, who sells my favourite iPod monsters, hand-sewn pouches with all different animal designs. My current (amazing) cat one was falling apart a bit so I picked up a brand new bunny one, plus a few bits and pieces for the SCK shop. It’s all pretty affordable though, especially compared to the other vendors in the building – they’re best treated as a kawaii museum of awesome but overpriced cuteness. They also have a Japanese photo sticker machine and out the back takes you to Chinatown proper which is good for a wander.

Where is it? In a little shopping centre on Charing Cross Road – there are loads of Asian restaurants surrounding it so not too hard to spot.

Ahh, Muji. It’s still absolutely ridiculous that there isn’t a single branch in Scotland. The online ordering is really good but it’s always nice to have a browse in real life. I only ended up buying some soaps but there are loads of cute Christmas things on offer. At least I now smell like an orange.

Where is it? Branches everywhere. We went to the one on Tottenham Court Road. www.muji.com

The flagship store, which means three floors of awesome stationery, homeware and art/craft supplies, and even a cafe. Mostly we were there to squeak individually at each and every item in the Food Friends range but they’d kindly dotted it around the shop so we saw lots of other cool stuff too. We managed to restrict ourselves to a shared box of notecards – bargainous!

Where is it? On Tottenham Court Road, nearer the Euston end than the Oxford Street end.

Clearly, these are not the only good shops in London – I’d usually add Liberty, Selfridges, Hamleys, Rough Trade and many many more, not to mention the other markets at Spitalfields, Camden, Portobello etc. Do some googling! 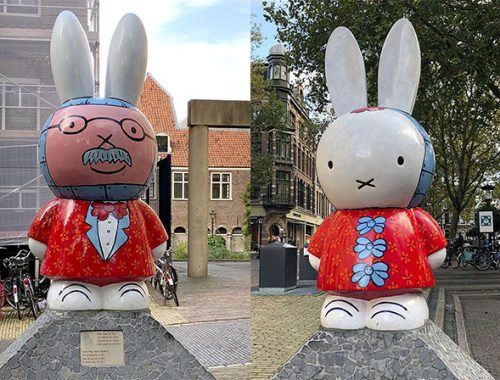 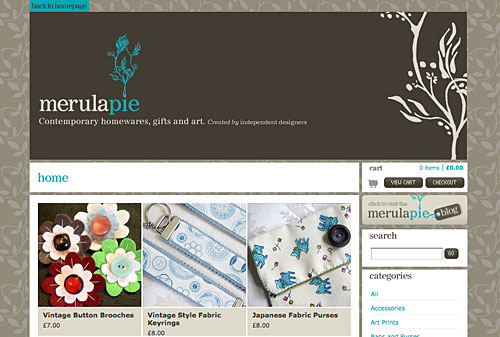 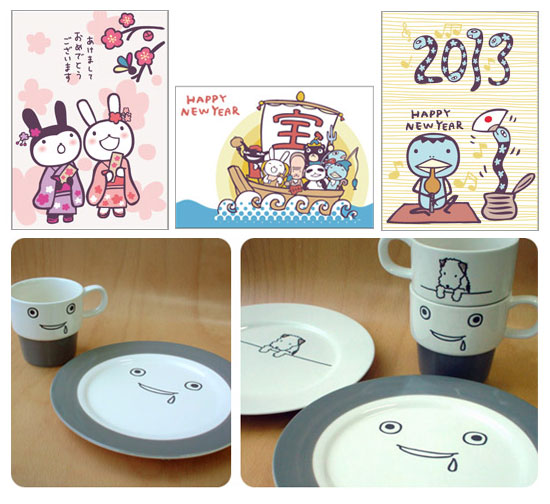