End of the month update: January Ooh, it’s a whole new year. I’m going to continue doing these monthly updates but I have made lots of changes! First up, I am doing a drawing of either my most usual outfit of the month, or something awesome I wore. That was generally my problem doing What I Wore Today, that I pretty much wear the same things every week until the weather changes, unless I have something out of the ordinary to attend. Also, because I have barely bought any new clothes in the last 3 years.

I’ll also be updating on what I’m reading, watching, playing, faffing with and working on, how I’m getting on with my resolutions and what’s coming up next month. Plus a DIAGRAM of some sort. At worst, I will improve my Illustrator/Photoshop skills in creating stupid stuff, which is always useful when working with Monsieur Le Bun. Let’s go!

(BTW, I would love for other people to start doing this too, using whatever categories you like. Go on!)

A TV Guide to Life by Jeff Alexander
AKA M.Giant who writes the 24 recaps for Television Without Pity. Recaps which are often so funny I sometimes think I only watch 24 so I can read the recaps after. If 24 makes you snort with laughter far more often than an action/drama show with large helpings of torture and explosions is intended to then you should give them a read. Anyway, this book is a lighthearted look at what we can learn from TV shows, which is to say basically taking the piss out of all TV writers ever for their cliched plots, lame sets and enormous institutions run by 5 speaking parts. All good fun and worth your cash.

The Roads To Sata by Alan Booth
You may remember I read his other book a while back and Claire bought me this one for Christmas. Hurray! Thanks Claire! This was the earlier book where he walked the entire length of Japan. Of course, that makes it extremely interesting as you get to see the differences between the 3 main islands. On the downside, I now pretty much want to visit everywhere in Japan. As with the other book, it’s full of hilarious anecdotes of his adventures and the people he meets in the inns and bars and restaurants. Totally recommended.

Alias
I enjoyed S1 of Alias so much I decided to buy S2 since it’s all so cheap these days. And then I saw I could buy S3-5 in some crazy cheap Amazon deal so I did that too. Excellent choice me, as they all arrived just in time for my weeks of illness so at least I was entertained. I have to say, in retrospect, that S3-5 were a bit ropey for the most part, but that was less obvious when ill. It’s a timely reminder how terrible LOST could have been without the end date, and what might happen to Fringe if they aren’t careful. But still, Alias is definitely in my top ten TV shows ever.

24
Most of my LoveFilm DVDs this month have been 24 S7 which was remarkably less ridiculous than previous seasons, though clearly still hilarious. Actually it was totally ridiculous. I will never forget the scene where the head of FBI reasons it’s not possible Jack Bauer would have managed to get hold of a gun in the last 15 minutes which is correct, though Jack Bauer has actually now acquired a knife, a car, a laptop and a fancy phone and killed a man using a front-end loader and a portakabin. S8 here I come.

Cooking Mama 3
I need to write a big old review about this for diskant but suffice to say, it’s just like the first 2 games only better, mostly. A lot of tedious tasks are now easier, and a lot of the more boring ones are now insanely complicated. Um, thanks. As well as the normal cooking with Mama games, there’s now a bizarre minigame where you have to go fetch ingredients from the supermarket. I need to play it some more before I can adequately describe the madness. Most worrying though, is how many recipes involve catching food falling from the sky (and not BONES), and also making sure you choose the correct food stuff and not a BONE. Why Mama has such a large collection of bones in her kitchen is probably something we’re best not knowing.

Bookworm
As in the Flash game where you have to finds words in a wordsearch stylee before the library burns down while a creepy worm watches your every move. I used to play this a fair bit back in ye olde times so it was fun to play it again and realise quite how many brain cells I have lost since then.  It’s much better as an app though as you can save your game and stuff. I could have had a more interesting choice if I hadn’t written that Top 10 iPhone apps post the other day. Duh.

I could be forgiven for doing terribly at my resolutions so far but actually I am doing awesome. My only failure was booking to visit to the trade show at the SECC and then not being well enough to attend. Booo.

– I started a thread on Tripadvisor for ideas for Japan
– I have just about finished one of my zines I started months ago
– I’ve been working on pattern ideas (including the button print for shoes)
– My Folksy, Etsy and DaWanda shops are now almost exactly similar in product range
– I posted a guide to iPhone apps
– I did some gocco printing, even if it wasn’t entirely new. A start at least!
– As you will see below, I have been thinking A LOT about project #1 in my Big 5 projects. After many false starts, I think I have figured out the production so now I just need to decide exactly what I’m doing and do the design. It is going to take months though so don’t expect to hear anything soon.

– LOST S6 (Far. Too. Excited)
– My SHOES arriving
– Ponyo, the new Ghibli film, finally gets a UK release (I hate you Disney)
– New Errors album (already pre-ordered)
– Glasgow Film Festival (where I am booked to see the Mogwai live film and 1234 which features a cameo by my mates Sunnyvale!)
– my sister coming to visit
– getting JAPAN TRIP booked

Busier than December! Madness! But Awesome!

Diagram of the month

This is a cross section of MY BRAIN during the nights of the last few weeks where I have been unable to sleep until 3am. One day, I hope to feel sleepy again instead of just tired. 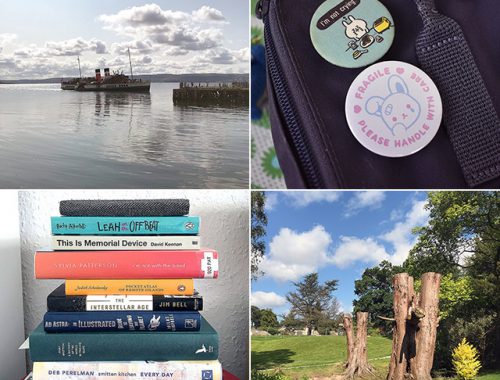 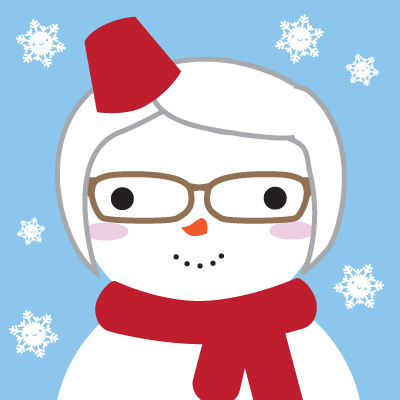 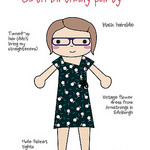