I have managed to go swimming 3 times this month (and have biked there and back, hence the lack of coat). Having prescription goggles is pretty mindblowing. You can see my cute tshirt in reality here. Was hoping to be able to draw me wearing my rainboots or Zazzle shoes this month but it was not to be. Next month I will have too many shoes to choose from!

NANA #12-15
I realised I have fallen way behind on my favourite manga (it’s up to #21 now!) so I picked a bunch up cheap. It’s all getting super depressing and the flash-forwardy stuff is making  me very worried. Waah. I still love it though.

Emma – Jane Austen
This was the one I got stuck on originally, and I expected to find the first part a trial but I couldn’t even remember where I got stuck. Reading the other books must have got me in the right mindset. Anyway, I liked it but there was just something that didn’t quite click with me. I’ve kept it for a re-read some day.

Mad Men
Thanks to iPlayer reshowing the first series, I figured I might as well give it a go since the entire internet seems to be obsessed with Mad Men. It is very very good though I kind of didn’t want to like it. I now understand people who feel forced into liking The Wire against their will because everyone goes on about how awesome it is. But yeah, it’s great. I’m on S2 now and would like to thank everyone for totally posting spoilers everywhere about the current season. Srsly, they should just rename Twitter to instanttvspoilersahoy.

Futurama
If you weren’t aware, and if you live outside the US you probably aren’t, there is a whole new series of Futurama which just ended. Bringing back a canceled show is a bit risky but this is pretty much brilliant – a few clunker episodes at the beginning but also some of the best Futurama episodes ever (and I have seen them all). Go find!

Sushi Cat (Free!)
Basically a bit like pinball, but with a fat cat and lots of sushi. The cut scenes are hilarious and the game is really fun but very very short. Would pay for more.

– Well, I went to see a trade show with Claire and miiight be doing it next year.

– Thimble – another great Japan trip report found from a backlink, hurrah.
– Making Game of Thrones – I am officially obsessed and can’t wait til April 2011 when this finally airs. I just gave in and started re-reading the books for the third time.

Things to look forward to in October

– GOING TO JAPAN! Although, that isn’t til the 28th so…
– my rainboots actually finally arriving. At least I have a tracking number now and can see they’ve just left Guangzhou.

Folksy and Etsy strangely quiet this month – I wonder what happened? 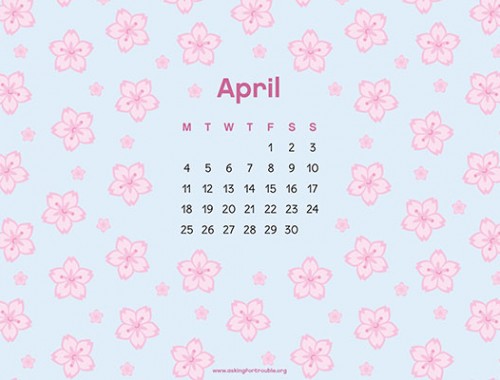 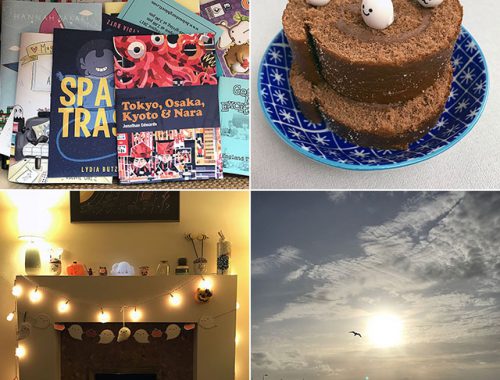 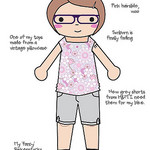