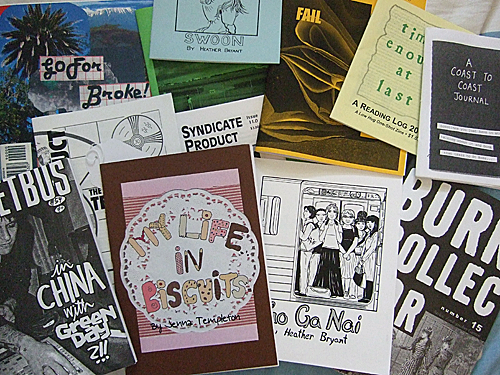 Once I decided I was going to start pushpin, I did a big old trawl through the internet, looking for awesome stuff to stock. Here’s some of the best zines I’ve picked up recently.

Cometbus #54
Cometbus has been running since 1981. 1981! Continuously! It’s a pretty amazing feat and puts most other zinesters to shame. I have the Cometbus omnibus but it’s so ridiculously heavy, it’s kind of impossible to read. Damn my weak wrists. Anyway, Cometbus #54 is a lot easier to manage, though still pretty hefty, and tells the tale of a trip to China on tour with Green Day. Aaron was friends with them, and roadied for them, before they were famous and this is the first time he’s seen them since they became megastars. So it becomes a tale of broken friendships, growing up, selling out and lost ideals, reminiscences of youth and the DIY punk scene as well as a travel zine and a peek into the workings of a mega stadium tour. As someone with zero interest in Green Day, I still enjoyed this immensely. You can pick up a copy from Microcosm.

My Life in Biscuits
Not that we ever stopped eating them, but biscuits are right on trend these days. Jenna’s zine is a fun, colourful and nostalgic look at her life in biscuits, plus a good bit about the biscuit’s best friend, a nice cup of tea. It’s got a cool collage design with illustrations and handwritten text so it’s lovely to look through and, since Jenna is Australian, there’s a lot of new biscuits to discover along with some British classics. Plus you get a free tag! Available from Jenna’s Etsy shop, along with her new zine about mt tape.

Go For Broke #2
As is no doubt obvious to anyone, I LOVE travel zines (and books), especially ones that go into lots of detail. This zine is about climbing Kilimanjaro and is written with such enthusiasm that it kind of makes you want to head off there right now. Except she also details all the downsides of oxygen deprivation, camping in sub-zero temperatures and you know, climbing a mountain. It’s a really interesting read, and especially as she takes the time to get to know the team of local guides and porters helping them do the climb. Available from Microcosm.

Sho Ga Nai
The first in a series of comics about  Heather’s trip to Japan, this tells of getting lost at Kyoto station and all about their ryokan. It’s beautifully drawn and my only complaint is that I want to read all the rest now! I’ll be looking out for future instalments. Available from her Etsy shop.

Syndicate Product #11
This was a gift from Katy (thanks!) and the subject is “treasures tossed out before their time”, where a whole heap of folks write about or draw something they regret discarding. I always like reading about random objects so this was right up my street. To buy, check their blog.

The ones I ended up stocking (so far) are
Beer, Bikes, and Bridges (Portland, OR), Burn Collector #15 and The Book Bindery which are all awesome – you can read my reviews in the product descriptions. 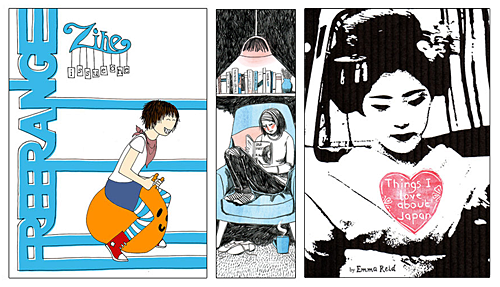 Also, a Zine Challenge update! Two more of the attendees have completed zines, and they’re both great. Rosie made a zine of comics and illustrations called Freerange and Emma expanded her tiny zines made on the day into a full size zine of Things I Love About Japan. One of my favourite little pushpin plans was to release a series of artist illustrated bookmarks, and you can see the first one above, drawn by my fellow zine workshopper Jen Collins.

And one final bit of zine news, as Katy’s Answers on a Postcard zine series is back in action – I’m stocking the new edition, which features lots of crafters including me talking about our crafting failures. Yay for zines! 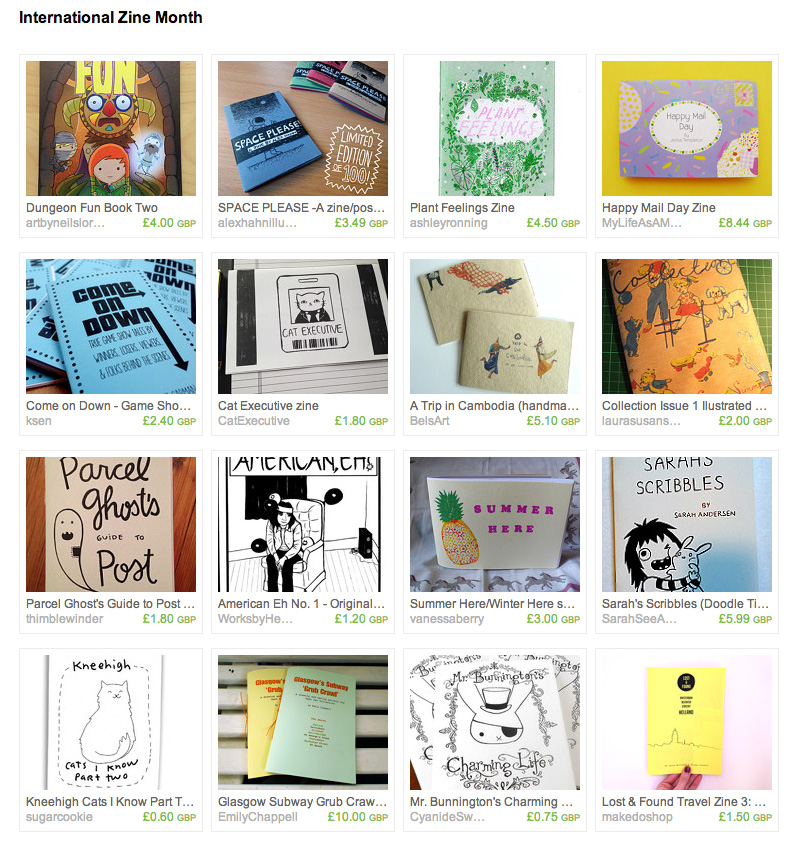