My annual look back at what I got up to this year. I made a book! And that was about it. Project Clearout got underway, as I sold loads of stuff I probably wasn’t ever going to use again. Goodbye typewriter I wrote all my early zines on! My mum also came to visit, to help me get rid of things and I made some new products and a silly free zine about hats. It doesn’t look like much but slicing my hand open was quite the gamechanger this year. Nothing like sitting at home on your own for a month with 1.5 hands to make you consider your plans for the future. I did manage to get down to London at least, which involved both the ace Pet Shop Boys ballet and a  visit to the Royal Observatory. We also got new windows installed (still amazing) and I did lots of design work for my friend Jo’s lovely wedding. Mostly a month of sitting around waiting for my hand to heal but buying fresh flowers regularly cheered me up a lot. I also designed a load of new fabric patterns. I took myself Up North to visit my parents and met these fun guys at Macduff aquarium. I also bought too many books and started work on an updated Tokyo Shopping Guide. In June I opened up Pushpin Zines, and did my first zine fair – I’ve really loved running Pushpin this year and hope to introduce even more folks to zines in 2012. I also made a new zine, my guide to Glasgow (which has been really popular, yay) and designed even more new fabrics. I finally made something with my own fabric – some placemats for my dad and some tea towels. I finished work on a secret project – my 5 Year Diary!  I also completed my new Tokyo Shopping Guide zine and launched some new products including new gift wrap. My sister came to visit (and helped me pack gift wrap!) and then I went down to London to sell at Anime Con, and climbed all the way up The Monument for no particular reason. You’d think August was a fairly safe month to book a holiday but not in Scotland. Me and Claire ended up having a very rainy two days in Rothesay. At least it stopped raining long enough for me to try a Top Hat ice cream. I also made two mini trips to Edinburgh to hang out with JGram and do another zine fair I spent a lot of time playing with perler beads, inventing ghoasters and making a big Arecibo message. I also designed and ordered all my Christmas products and updated my shop design. I spent a large part of October looking at the Moon and forcing everyone to go look at Jupiter. My little childhood telescope is not really up to the job of anything further away than the Moon, but I still got this nice fuzzy photo. I also finally got a new iPhone, which cheered me up no end. I was back in London for a last-minute jaunt to see the Renegade craft market, though we were more excited by our day trip to Legoland! It was pretty awesome and my love of Lego has been reignited. I made some pocket ghosts for fun and came fourth in the Spoonflower ornaments contest with my cookies (and sold loads of them, yay). November was mostly a month of payoff – all the planning I’d done in September/October finally resulted in new products, new wholesale accounts and a lot of orders. It was also a month of house change as my dad came to do some DIY, my flatmate did a lot of painting and we finally got our buzzer system replaced, after 5.5 years of frustration dealing with postmen, couriers and other delivery persons! Project Clearout continued well, except for inheriting a gigantic 5 volume encyclopedia. It is awesome though. My epic trading sequence to get a Zelda 3DS was much more productive. We finally got some snow in December, but it didn’t last long and instead was unseasonably warm with added hurricanes and gales. Bah. I spent most of the month battling with Royal Mail’s new improved totally broken online postage system (thanks for that!) and made some cute Christmas cards. I then went into full-on holiday mode and spent the rest of the month doing nothing more than playing Nintendo, watching TV, eating and catching up on a year’s worth of sleep. Mind you, I still managed to get one last zine out, collecting all my What I Wore drawings.

Looking back, 2011 wasn’t that big a year for me – I didn’t even go any further than London. It was a good year though and I achieved a lot, but I probably need to push things a bit further next year. Expect some changes! 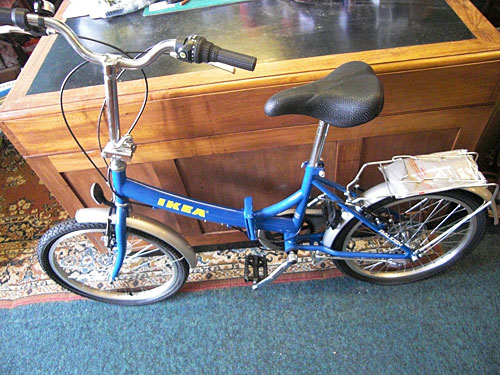 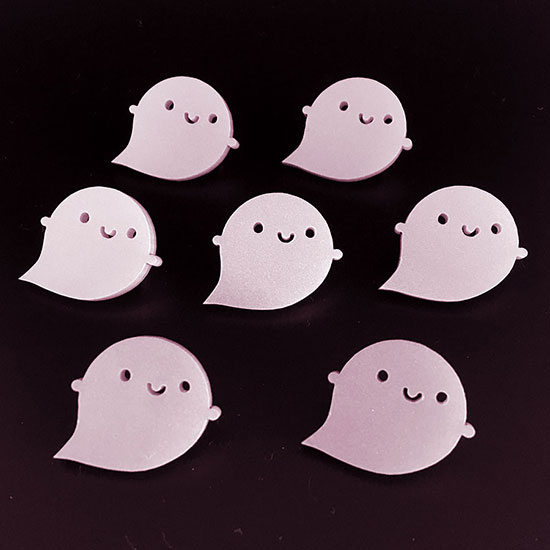 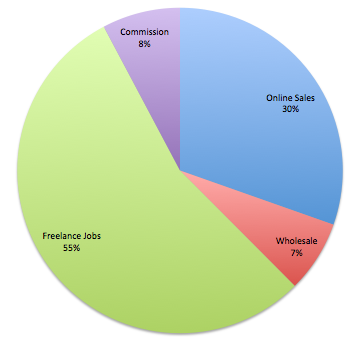