I finished my tapestry! I finished it on Monday so that’s ten weeks exactly. Here’s my initial post. Not bad going for my first project. Overall, I enjoyed it and found it fairly easy and relaxing. I mostly stitched in the evenings while watching TV, though it took a while before I could watch anything (non-English) with subtitles.

However, I did have some issues with this actual kit (Floral Path Bolster by Anna Maria Horner for Anchor), which I’ll go on about after the jump. If you don’t care to read that, my conclusion is basically that (as we all know) I’m a horrible control freak and should just design  my own pattern. Which I have done. It’s on the frame now and I’ll tell you about it very soon.

Carry on if you want to read more about how I got on.

A tapestry frame is essential. I had heard this anyway so bought one beforehand, but there wasn’t a lot of extra canvas at the edges of my particular kit so it got quite floppy at the ends (you can see in the fourth photo at the top). These bits were quite difficult to do so I can’t imagine how awful it would be without a frame. I got mine for a mere £5 from John Lewis. It has many many corners and sticky out bits that catch the thread which is not ideal but £5!

Pick a good place to start. I totally started in the right place on this pattern, by luck. The first panel was all big areas of colour so it was easy to see from the back when I started going wrong. The middle panels were a nightmare and then the last panel was more abstract with only three colours but a little more tricky than the first.

The instructions are pretty basic. I was very unsure of what I was doing to begin with, especially when changing between colours. I would recommend doing some reading online first. It took me a long time to feel okay about making little bits up or leaving things out, to make things more efficient.

I had a lot a wool left over. Apparently they provided enough wool for two different stitches so if you use the simplest stitch you’ll have plenty spare wool for another project.

I don’t think I would recommend this kit, and I’d be wary of others in the series. While I love Anna Maria’s designs and think they’re perfect for tapestry, they don’t seem to have been designed FOR tapestry. The middle panels are horribly symmetrical and yet because it’s not pixel art and each stitch is diagonal, there’s little chance your final stitching will look symmetrical. The yellow flowers section was so awful to do that I eventually gave up and stitched whatever the hell was easiest. One of her other kits has a symmetrical polka dot background that I think would have killed me.

There are also a lot of thin lines which again are impossible to stitch if you can only do a diagonal, and many areas where there are too many colours close together – it’s physically impossible to have 3 colours in the space of 2 stitches. However, if you check the photo on the kit, the person stitching has clearly had some of the same issues. Maybe this is all normal for tapestry kits but if I have to put so much thought into translating something into actual stitches then why bother with a pattern?

Also, mine had a badly printed section where something had gone wonky and the design at the bottom was a whole stitch further along from the top. Of course, this had to happen in the most symmetrical section of the design (the brown bit with the leaves), so I had to basically try to mimic the top half in reverse without using the pattern base at all. Not fun.

I’m not sure what to do with the finished tapestry. Because of the frustrating bits, I don’t think I could bear the memories if I have to look at this on a daily basis. I might see if I can make a mini cushion from the two end panels, which turned out well.

That all sounds very negative, but I really did enjoy it outside of those few frustrating bits. I loved the colours and have borrowed some for my next tapestry, not just so I can re-use my leftover wool.  If I haven’t completely put you off, UK folks can buy this kit here, along with others in the series. 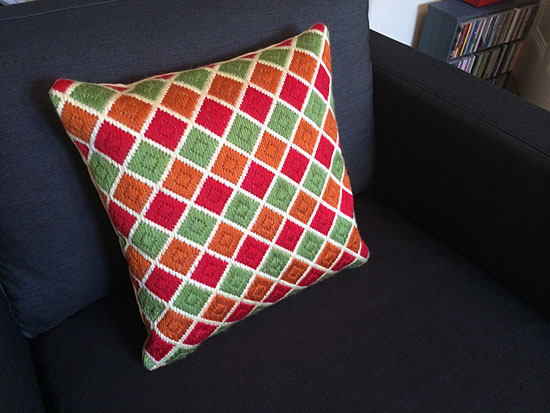 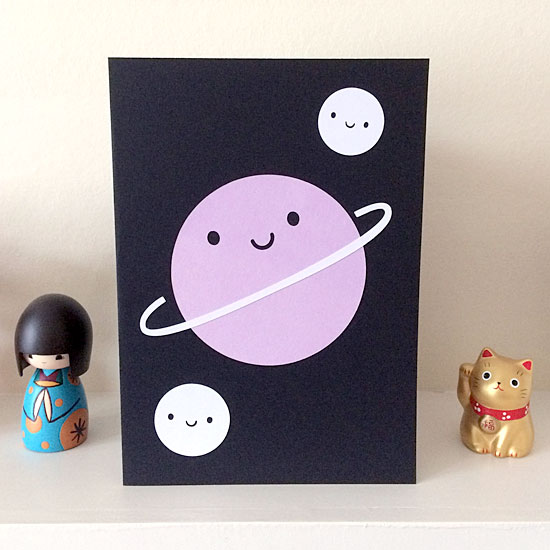 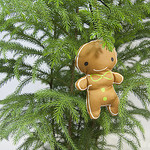