While digging around in the archives doing picture posts, I rediscovered this post about what I was doing ten years previously in 2008. This was Alice’s idea and it was a good one. So, let’s do it again! What was I up to in 2002?

Well, diskant was at the height of its fame with a full (unpaid) staff, loads of sections, a monthly online zine and a newfangled blog. I used to post a lot on there so you can read about all the gigs I went to, films I saw etc. I saw My Neighbour Totoro that year and was instantly smitten with Ghibli. I also went a lot of festivals that year including All Tomorrow’s Parties, Instal, Audioscope and Gig on the Green.

I promoted my first gig, the infamous 02/02/02 diskant gig at the old 13th Note. I got to meet lots of my bestest internet friends in real life for the first time and it was all ace.

I was living with 2 good friends in St Georges Cross and working at Glasgow University as a web developer. I was part of the Centre for Europe’s Children, which meant building websites for all kinds of random events and campaigns on child protection for people like Save The Children, Unicef, The World Bank etc. It was kind of bizarre in retrospect. I was made redundant that year though as they merged with another department. I was unemployed for a good part of the year and spent most of it gallivanting – my mum had moved to the south of France so I went to visit her and had an amazing time.

At Christmas I got a job working at the Royal Mail as a postal sorter. I learned loads of stuff there that is now very useful in my current line of business. I helped sort all the mail for London and was surprised to discover quite how many members of the public send Christmas cards to the Queen and Tony Blair. I also got to sign the Official Secrets Act and watch a video on how to spot parcel bombs. I even ended up joining my co-worker’s band, Uter, so all in all it was a pretty good job. Apart from working 2pm-10pm 14 days in a row.

As you can probably guess from the images here, I didn’t yet own a digital camera. These are two of only a handful of photos I seem to have scanned in (badly). The one at the top is from Rocamadour in France – below is Fighting Red Adair at 02/02/02. I did a lot of band photography at the time, with my trusty old manual camera.

It was apparently also the year I got broadband! I was pretty excited about that.

I would love to hear what everyone else was doing in 2002 – if you have a blog, do join in and leave a link so I can read it! 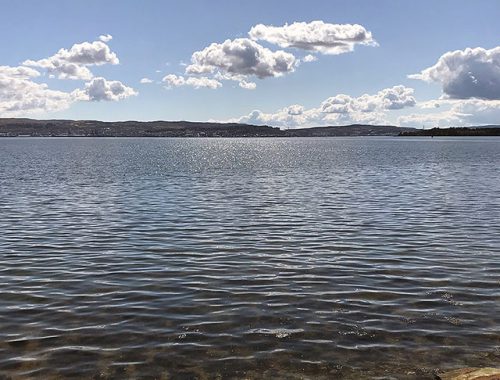 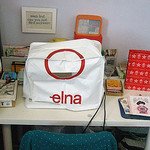 How clean is your desk?