A Trip to York So here’s some stuff about my birthday trip to York. I had about 2.5 days there and it was freezing the whole time and snowed quite a lot, but only in that pathetic way that doesn’t last for a second once it hits the ground. It was also pretty quiet though. York is pretty small really so it’s great for walking, plus there are loads of little alleys and streets that let you see something new every time. The shops in the old part of town are all a bit touristy, but the buildings are nice. There was a good deal on where you could visit the two main museums for £10 so I did that (the ticket also lasts for a year so I can go back for free if I want). The Yorkshire Museum sits in a big park alongside the ruins of St Mary’s Abbey, some other ruins and a sadly closed observatory (of the stargazing kind). The museum was a lot smaller than I expected but it has lots on the history of the city and the Romans, plus some dinosaurs and stuff on endangered animals, which seemed a bit random. I’d just been reading about the Romans in The History of the World so it was cool to see stuff when it was fresh in my mind. They also had lots of cool (and crazy) tapestries – I would really like to do a big complicated one someday. York Castle Museum is at the other end of the city centre and is more of a people’s history, with a Victorian Street, lots of room displays from different eras and personal items and ephemera. It takes much longer to go around since there’s so much stuff crammed into each area. It gets pretty modern too, with toy displays from the 80s and 90s, and there’s currently an exhibition on the 60s, which had some amazing clothes and a life-sized Mercury space capsule you could squeeze yourself into. There’s a lookout tower outside the museum, but they cruelly don’t tell you it’s not free until you’ve climbed up about 200 steps. I didn’t bother going in. I didn’t do a lot of buying since I’m saving for Japan, but I checked out quite a few shops. Snowhome was a nice indie design shop, which had these adorable bunny lights in the window – their tails are bulbs! I really want one. The Inkwell a few doors down, is an odd little shop selling records, comics, music and sci-fi books and other random stuff – good for a browse. There are lots of good secondhand book shops – my favourite was The Minster Gate Bookshop, which was about 4 floors and a basement all crammed with books, old and new, but check out Fossgate Books, The Barbican Bookshop, Ken Spelman and Janette Ray (which looked great but isn’t open Mondays or Tuesdays). I also picked up some birthday treats at Paperchase and Hotel Chocolat! My only souvenirs were some replica Roman coins from the museum (75p each!). I didn’t eat anywhere that I would especially recommend. I was keeping it cheap and had to rush off to the cinema one night and the train home the next. My Kindle has made solo dining way less awkward though. I did have some good chocolate and beetroot cake at York’s Chocolate Story (the tour looks fun, but pricey).

I stayed at Hotel Noir, which was good for the price. The rooms each have one of those hot drink machines with the pods which is much more fun than a kettle. It was also really warm, thankfully. It’s a nice fifteen minute walk from the city centre.

Things I didn’t do

The most disappointing thing about York is that almost everything costs money to see, so I couldn’t afford the Viking museum, York Minster, the quilting museum or other interesting places I spotted. The art gallery is also currently closed for renovations. Because of the weather, I missed out on stuff like walking the city walls, and along the river, that isn’t particularly enjoyable in a blizzard, so I would definitely like to go back sometime when it’s warmer.

Next: The National Railway Museum deserves its own post. 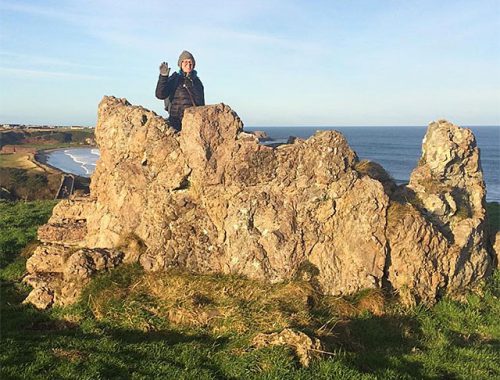 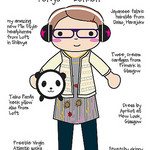 What I Wore on the plane 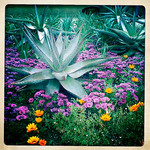