There aren’t many good things about extended illness but you do get to catch up on your reading and TV watching. I’m going to post about some of the stuff I’ve enjoyed (or not) recently, starting with books.

Ninety Degrees North: The Quest for the North Pole by Fergus Fleming

While I am eternally grateful that one of the very few things I had in my bag when I ended up in hospital was my Kindle, there was no wifi so I was stuck with a very random selection of unread books. You’d think polar exploration would be a bit of a depressing read in the circumstances, but it actually made me feel a bit better. At least I wasn’t spending two years freezing on an ice floe, eating my boots and dying of scurvy. The race to the South Pole is a much more well known story  and I was very surprised how little I actually knew about the North Pole. People tried to get there in hot air balloons and zeppelins! No-one was really ever very sure if they’d gotten anywhere near the North Pole! Peary was a pretty horrible person! Despite all the scurvy and freezing to death, this is a really interesting book – I recommend it. (After this, I turned to The Corner by David Simon, which is like The Wire but with only the depressing stuff about drug abuse. Fun times in the hospital!)
Buy on Amazon

The Hunger Games Trilogy by Suzanne Collins
Once out of the hospital, I immediately hunted up some easier reading, I’d seen the film of the first book and enjoyed it so I gave these a go. They’re still not exactly fluffy fun though, being a dystopian future under a dictatorship where every district has to send 2 kids to kill each other in televised event. I liked the first book a lot, and it added a lot of depth to the film. The second book was kind of dragging until another Hunger Games happens about half way through, the format of which was really well imagined. I might even go see the next film at the cinema to see how they do it all on screen. After that, the third book was a bit of a letdown – it widens the scope too much and so much stuff happens offscreen, being explained to the main characters later.  I really hated the ending too and all the pointless killing off of interesting characters throughout. I’m actually hoping the filmmakers do a bit of meddling here and make it more interesting.
Buy on Amazon

Ninety 9 by Vanessa Berry
Awesome zinemaker writes book about growing up in suburban Sydney during the nineties. I grew up at the same time in a similar situation so I loved this. While nothing particularly exciting happens (much like my own life), I really enjoy reading about people’s lives, especially when it’s all about them discovering music and zines, braving the local record shops and gigs, trawling charity shops and writing to penpals. If you did any of those things, you should get this – it’s got lovely illustrations throughout too.
Buy from Giramondo

The Smitten Kitchen Cookbook
Always a fan of the blog, but this recipe book won my heart when I discovered fruit crumble was in the breakfast section (where it totally should be!). Actually, the breakfast section is by far the highlight of the book, which is quite a feat as I always struggle with breakfast. There’s loads of stuff I want to try in all the sections though, and I’m am very excited to give something a go soon. I still read the whole thing like a novel though, as it’s always funny and there are beautiful photos throughout too.
Buy on Amazon

Relish by Lucy Knisley
This was a gift from my Amazon wish list so I wasn’t entirely sure what to expect, but it brings together all my favourite things – food, travel, personal stories and Japan! It’s basically a food memoir, told in a series of multi-page comics, plus a few illustrated recipes for good measure. There’s stories about her childhood, trips to Japan, Mexico and France, and her working life as a cheesemonger, before becoming a cartoonist. I loved this so much I might copies for everyone as gifts and I’m definitely picking up her other books soon.
Buy on Amazon

The Sweet Life in Paris by David Lebovitz
I’m not sure why I read so many books about Paris, when I’ve never been there and it’s not on my travel wishlist. I guess because a lot of interesting people love it there. The only thing I knew about David Lebovitz before reading this, is that he wrote a book of ice cream recipes that all the food blogs I read went on about for months. Turns out he’s an entertaining writer too. This book is a collection of short essays, that are pretty much blog posts complete with a related recipe at the end. That’s not to run it down though, it’s a great easy read and full of amusing exasperation at the trials and confusions of living in Paris.While it’s all tongue-in-cheek, I now have even less desire to visit Paris!  The recipes are mostly desserts, but there’s also some savoury dishes that sound amazing so I’ll be filing this away with my cookery books in the kitchen.
Buy on Amazon

As you can probably see from that photo, I still have a lot of stuff to get though. Hopefully, I’ll get a magazine and zine review post up soon. 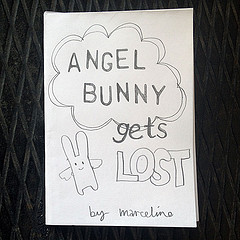 Print your own zine! 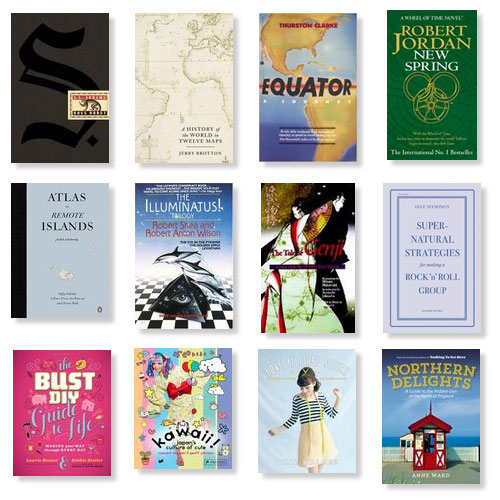