Say Hello to the Solar System!

As promised, here’s the full set of Solar System characters I drew! Obviously the scale is way off so that you can see all the details. As a space nerd, it was especially fun trying to find a cute characteristic for each planet so that they’d be recognisable. I originally started drawing these for a little comic and I hope I’ll get around to finishing that sometime.

Here’s a quick run-down though, clockwise, from top left:

Mercury is right next to the Sun and has to deal with blazing temperatures all year round.
Venus is the beauty of the Solar System and also in a daze of greenhouse gases.
Earth is where we all live!
Mars has got his Mt Olympus hat on and it’s a pretty ginormous hat.
Jupiter has a great red spot, and a major headache.
Saturn has beautiful rings, and also the best moons, in my opinion.
Uranus orbits on its side and is probably a bit dizzy by now.
Neptune has his trident, all the better to keep Pluto out of his orbit. 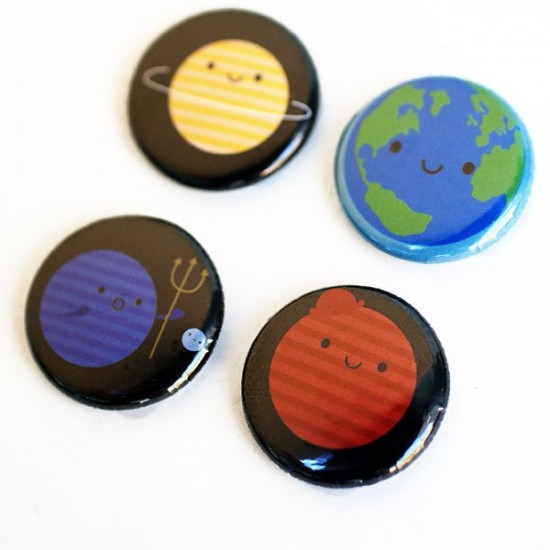 If you like them, you can buy them as badges from Shana Logic, and I’m sure they’ll be popping up on more products soon. 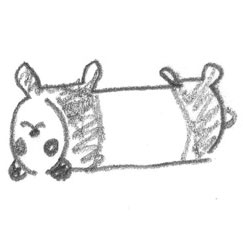 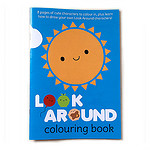