People are always asking for more ‘process’ posts so here’s a peek into how the Look Around characters came into being. I think initially the plan was to do some kind of alphabet thing, which I then decided I would do as all based on circles as that would be good for making patterns. I made a page of circles in Illustrator and printed out a few sheets and then sat down and tried drawing things to fit a circle. It’s a really fun exercise and easier than I thought, although some things just don’t work. Above is a random selection of drawings from one sheet. You can see the first four go Apple Balloon Cupcake Donut before I gave up on the alphabet thing (there were too many good things starting with the same letter).

For the next stage, I inked over the ones I liked. My inking skills are sadly terrible since I got RSI but it’s fine as a guide.  I then scanned them, tweaked the Levels in Photoshop to give more contrast and then brought them into Illustrator where I traced over the lines. Here’s Pancake and Egg before and after.

The pancake barely changed at all, but I didn’t think people would get the circle thing with the egg so I made it more obvious. I also decided to make them all flat colours with no outlines. I actually have about 20 Look Around characters, so you can expect more to appear throughout the year when I find a use for them. There are a couple of new ones in the colouring book for starters.

Once the characters are finished, it’s just coming up with a name. This took ages and delayed the launch for quite a while. I basically did a lot of word association in my head when half asleep and finally came up with Look Around which is pretty perfect. It’s a good pun and also ties in to how I came up with all the doodles by looking around my room for ideas of things to draw.

If you’d like to try making your own Look Around characters then why not download my free activity sheet and have a go! 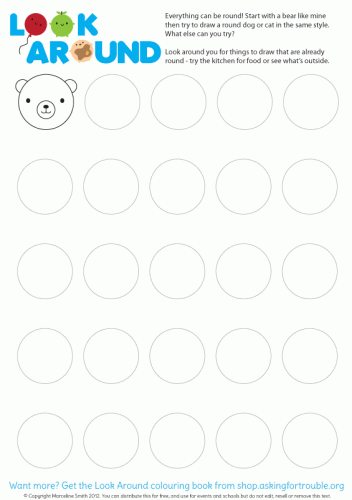 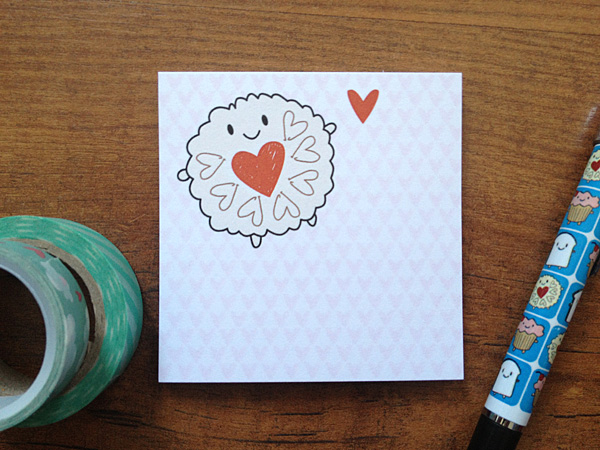 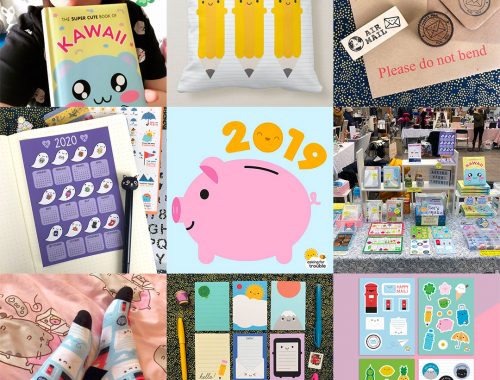 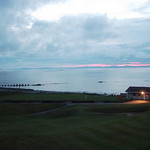 Not much of interest