We had a really fun short trip to Utrecht & Amsterdam earlier this month so here’s ten of my favourite photos.

Already cheating with 2 photos but it’s a double-sided statue with Dick Bruna on one side and his creation Nijntje/Miffy on the other! As you’ll see throughout this post, Miffy is everywhere in Utrecht, Dick Bruna’s hometown. We were lucky to have Natasja (who writes for SCK) to show us around and it was so nice to finally meet her.

We stayed at a really nice Airbnb in Utrecht and just around the corner was a little park with a windmill and animals! There’s a cafe inside the windmill but we didn’t manage to visit. Maybe next time.

3. Dutch coins in the pavement

Pokemon Go is actually great to play when traveling as Pokestops can alert you to some cool stuff. I discovered there were giant Dutch coins embedded in the pavement across from our Airbnb and we were able to follow them right into town. I remember these coins from my childhood but sadly none of the dates matched any of our birth years.

This was our first time in Utrecht, even though we visited Holland all the time as kids (and my mum grew up there). It’s a really pretty city with lots of shops and restaurants and culture. I’m so glad we decided to stay there instead of Amsterdam and will definitely be back. It’s only half an hour on the train from both Schiphol airport and Amsterdam so I really recommend it!

One of the main reasons for our trip – and visiting Utrecht in particular – was the Nijntje Museum. We all grew up with Miffy and a whole little museum about her sounded like a fun thing to do. It’s really aimed at small kids but we still enjoyed it a lot. This is a room full of Dick Bruna’s books in all different languages.

Across the road from the Nijntje Museum is the Centraal Museum, which has a big shop and Miffy cake and pancakes in the cafe. This was one of the nicest parts of the trip, just getting to chat with Natasja. They also have another fun Miffy statue.

We had heard about the Miffy traffic lights and had to go look for them! This is such a cute idea though difficult to photograph without getting run over.

We spent one of our days in Amsterdam but it rained heavily on and off so we didn’t get to do much. While it’s still a very cool city, I found it a lot more crowded these days, plus filled with all the usual chain stores. I would probably skip it next time.

We also got to meet up with family in Amsterdam and went to Spirit, a vegan buffet restaurant. I’m not at all vegan but there was loads to choose from including hot food, salads, soup and desserts and I didn’t feel like I was missing out on anything. This is not the greatest photo but you should give it a try.

If you’re a big Miffy fan, you don’t even need to leave the airport to see her! There was so much Miffy stuff to buy plus this big Miffy plush in national costume. Nicolette even met a Miffy mascot after I’d gone for my flight – so jealous.

I’ll show you what I bought another time, and we’ll also have a post about the Nijntje Museum on SCK soon. You can see all my photos on Flickr. 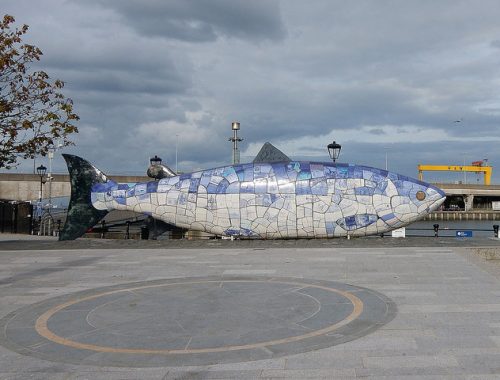 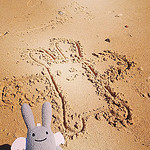