10 Photos From My Summer Holiday

After the last weird year, it felt extremely exciting to have a summer holiday, even if we didn’t go very far. I went with family to Dumfries & Galloway for a week and we had the most amazingly nice weather so here’s what we got up to, in 10 photos.

We stayed in Kircudbright, which is known as an artist’s town, and it was very charming with lots of galleries and artist studio shops. We luckily arrived just in time for the annual Art & Crafts Trail which was fun to explore. Sadly we were always away somewhere on the sunniest days and never got a super nice photo of the seafront but it’s still pretty on a cloudy day.

2. The Nearly Lost Gardens of Arbigland

Our general family holiday routine involves a lot of gardens and cake and we picked that right up and had a big list of places to visit. This was one of the most interesting, being quite wild and right on the beach with views over to the Lake District. They also have a very friendly dog who accompanied us all the way around.

I love a botanic garden and this was a really nice one, though sadly so brown and dry after so much hot weather. That worked perfectly for Rexy the T-Rex though who looks right at home.

I also love a lighthouse and this was a great one, right on the edge of Scotland with incredible views over to England and Northern Ireland, even on a hazy summer day.

5. The Southernmost point of Scotland

It’s also just a short walk from the lighthouse to the Southernmost point of Scotland so you kind of have to do that. This is the RSPB centre and looks like a painting.

Galloway is pretty much the only part of Scotland I hadn’t visited before and our favourite thing was discovering they have their own special Galloway Belted Cows, which are also known as Belties and panda cows! We saw them a lot from the car but finally managed to get a bit closer at the Cream o’ Galloway ice cream farm. They’re very fuzzy which makes them even more fun.

Threave Garden was my favourite garden of the trip and not just because it had an adorable Beltie play park! Luckily the garden was so huge and beautiful that we were still there when all the families had gone home and got to take some silly photos.

Obviously we saw so many pretty flowers so I have to share one. This garden really was wonderful and we were lucky that so much of it was in bloom.

We were so lucky with the weather – the forecast kept changing every day and moving the rain so that we barely had anything but sunny days. We also managed to eat outside every evening but one. We could even have had a swim in the sea if we’d thought to bring our costumes. We had a quick visit to this beach on the way home and loads of people were in the sea so that was a small regret as it’s a very long time since I’ve been in the sea.

Galloway also has its own ice cream brand, Cream o’ Galloway, and we set about trying all the flavours. We even made it over to the farm for my dad’s birthday and got to try their exclusive flavours, which include exciting things like Caramel Shortbread, Gingerbread and Whisky, Honey & Oatmeal. I had chocolate orange, which feels like a boring choice now but it was very nice. 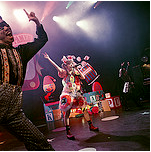 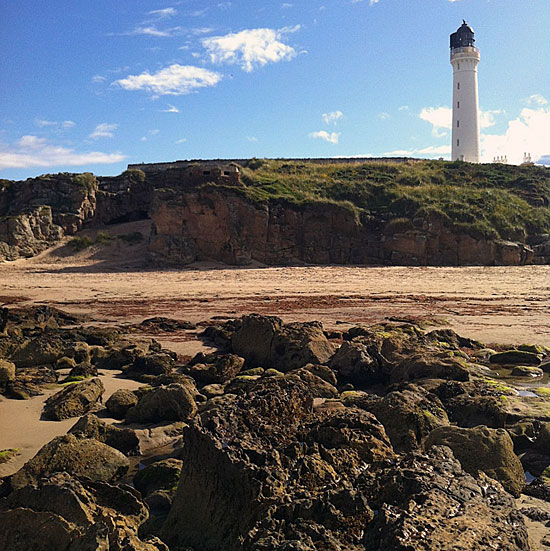